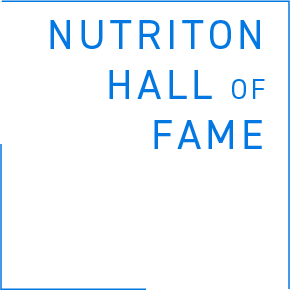 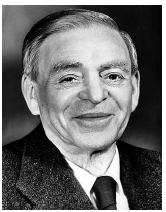 Dr. Kazimierz “Casimir” Funk (1884-1967) was a Polish biochemist credited with being among the first to formulate the concept of vitamins, which he called “vital amines” or "vitamines”. Dr. Funk earned a doctorate degree at the University of Bern, Switzerland, at the young age of twenty. He then worked at the Pasteur Institute in Paris, the Wiesbaden Municipal Hospital in Germany, the University of Berlin, and the Lister Institute in London.

Funk emigrated to the United States in 1915 and held several industrial and university positions in New York. With funding provided by the Rockefeller Foundation, Funk returned to Warsaw in 1923 to serve as the director of the Biochemistry Department of the State Institute of Hygiene. Funk moved to Paris in 1927 and became a consultant to a pharmaceutical company and founded Casa Biochemica, a privately funded research institution. At the outbreak of World War II in 1939, Funk returned to the United States to work as a consultant for the United States Vitamin Corporation. He became the president of the Funk Foundation for Medical Research in 1940.

Funk's work with what are now called vitamins began when he recognized that certain food factors were needed to prevent nutritional-deficiency diseases, such as beriberi (vitamin B 1 deficiency), scurvy (vitamin C deficiency), pellagra ( niacin deficiency), and rickets ( vitamin D deficiency). He suggested that these unidentified substances were all in a class of organic compounds called amines , which are vital to life, so he named them vitamines (vital amines). Although they turned out not to be amines, Funk's proposal (and the coining of the term vitamine ) has been called a stroke of genius. He later confirmed the existence of vitamins B 1 , B 2 , C, and D, and he stated that they were necessary for normal health and the prevention of deficiency diseases.

In his work to find the specific factor that prevented beriberi, Funk eventually isolated nicotinic acid (niacin, or vitamin B 1 ) from rice. Although it did not cure beriberi, scientists later discovered that it cured pellagra. Funk also worked with the B-vitamin thiamine, determining its molecular structure and developing a method for synthesizing it.

In his later research, Funk studied animal hormones and contributed to the knowledge about hormones of the pituitary and sex glands, emphasizing the importance of balance between hormones and vitamins. Funk also investigated the biochemistry of cancer, diabetes, and ulcers. He improved manufacturing methods for many commercial drugs and developed several new commercial products in his laboratories.

For these monumental contributions to the field of nutrition, Dr. Funk is awarded the Nutrition Hall of Fame award posthumously. 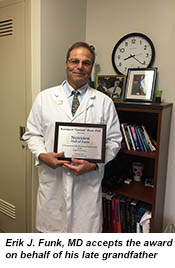