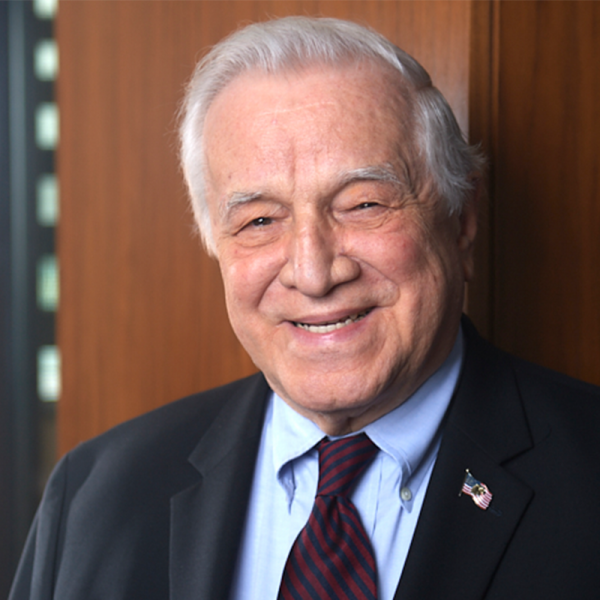 It is with heavy hearts that we announce the passing of Dr. Stanley Dudrick, one of the most influential physicians in the world. Dr. Dudrick invented the intravenous feeding method known as total parenteral nutrition — credited with saving millions of lives — while a surgical resident at the University of Pennsylvania Hospital in Philadelphia. His groundbreaking research in the efficacy of intravenous feeding is recognized as one of the three most important advances in modern surgery.

His distinguished academic career spanned more than 40 years, including his selection as the first Professor and Founding Chairman of the Department of Surgery at the then new University of Texas Medical School at Houston. He went on to chair the departments of surgery at the University of Pennsylvania; at Saint Mary’s Hospital, a Yale teaching hospital; and at Bridgeport Hospital/Yale New Haven Health System. He also served as Professor of Surgery at Yale University School of Medicine; and Adjunct Clinical Professor of Surgery of Quinnipiac College, Bridgeport Hospital/Yale New Haven Health System. In 2007, Dr. Dudrick was named — and remained active for a number of years — as Chairman Emeritus, Department of Surgery and Director Emeritus of the Program in Surgery at Saint Mary’s Hospital and at Yale. Dr. Dudrick  also served as the Director of the Physician Assistant Program at Misericordia University as well as Professor of Surgery at the Geisinger Commonwealth School of Medicine.

Dr. Dudrick was a treasured colleague and friend to us as a Fellow of the American College of Nutrition (FACN) and an esteemed board member of the Board for Certification of Nutrition Specialists (BCNS) from 2008 until his death. He will be greatly missed by our community. Dr. Jeffrey Blumberg, Chair of ANA and President of BCNS writes, “For those of us who worked with Stan, we knew that the greatness of his scientific accomplishments were equally matched by the generosity of his heart.”

The following tribute is written by Stan’s great friend and colleague over many years, past BCNS President, Dr. Sid Stohs:

The world has lost an individual who spent his life working for the good of man-kind and trying to make a positive difference. Dr. Stan Dudrick was an accomplished surgeon, scientist, scholar, colleague and dear friend. On one occasion I asked him when he was going to retire and he answered “about five years after I die”.  This mindset exemplifies his goal to continue to search for knowledge, improve health and health outcomes, and make the world a better place.

He served on numerous boards and committees, and gave freely of his time, knowledge and skills. I personally served on a number of committees and boards with Dr. Dudrick, and always looked forward to his erudite input.  He received numerous honors and awards which he never flaunted. He was humble, outgoing and caring. His interpersonal skills and bedside manner are legendary.

Numerous individuals can relate instances where he freely gave advice and suggestions that resolved health issues and improved and extended life. I can personally relate an example. A personal friend of ours had undergone two botched intestinal surgery procedures outside the country while living abroad and was experiencing serious complications therefrom. I asked Dr. Dudrick whether he would be willing to see this distinguished individual. Dr. Dudrick with one of his former students conducted an assessment, had the patient admitted to the hospital where Dr. Dudrick had been head of surgery, supervised the surgery, and had this individual and his wife stay in his home until he recovered sufficiently to travel. One could not ask more of a friend and colleague.

I should also note that Dr. Dudrick achieved his successes with the assistance, love, companionship, daily support and advice of his wife Theresa. Throughout their marriage she remained the perfect complement and organizer in their lives. She is most accomplished in her own right.

Let it be noted that Dr. Dudrick relished his Polish heritage, visiting the homeland of his ancestors many times, and being honored by them, including the naming of a hospital after him. I was privileged to have spoken with him the week before he died, and my wife Edie and I were honored to have been able to spend a few days with them in their home in the fall. Stan, we miss you and the world will miss you, but your contributions will keep on living and giving.