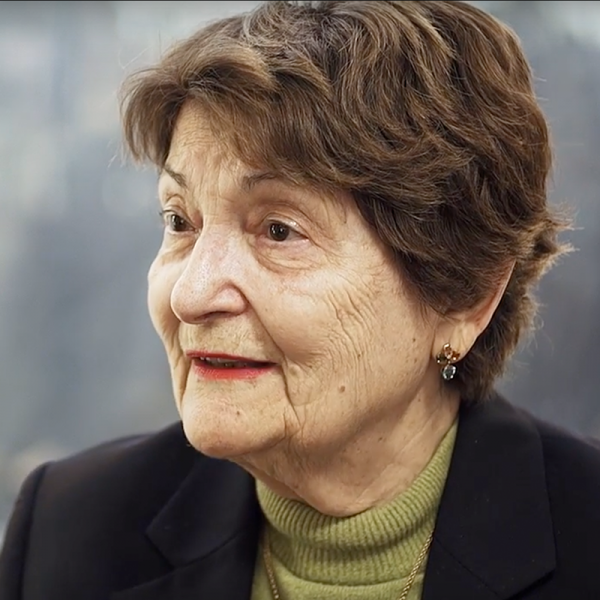 Artemis P. Simopoulos, M.D. is the Founder and President of the Center for Genetics, Nutrition and Health, a nonprofit educational organization in Washington, D.C. since 1990. A graduate of Barnard College, Columbia University, with a major in Chemistry, and a graduate of the Boston University School of Medicine, she is a pediatrician and endocrinologist whose research at the National Institutes of Health (NIH) was on the nutritional aspects of genetic and endocrine disorders; evolutionary aspects of diet and fatty acids; and the importance of a balanced ratio of omega-6/omega-3 fatty acids in health and disease and in growth and development. Dr. Simopoulos was chair of the Nutrition Coordinating Committee at the National Institutes of Health (NIH) that coordinated all Nutrition Research of the Federal Government in the U.S. in the Office of Science and Technology Policy at the White House. She was consultant to the Office of Consumer Affairs at the White House. Prior to that she was the Executive Secretary of the Division of Medical Sciences at the National Academy of Sciences (NAS) during which time she directed the Asilomar Conference on Recombinant DNA technology. While at the NAS she directed the Committee that developed the report Genetic Screening: Programs, Principles, and Research.

Dr. Simopoulos was a Founding Member of the International Society for the Study of Fatty Acids and Lipids (ISSFAL) in 1991, Secretary/Treasurer of ISSFAL from 1991 to 1998, and a member of the Editorial Board of the ISSFAL Newsletter from 1994 to 2000. She is the Founder of the International Society of Nutrigenetics/ Nutrigenomics (ISNN) and was Past President of ISNN from 2005-2009. She is the author of The Omega Diet (HarperCollins, 1999) and has edited over 50 books and journal supplements, in addition to publishing over 360 scientific papers. She was the editor of the Karger series World Review of Nutrition and Dietetics from 1989-2011. Dr. Simopoulos is the recipient of numerous honors and awards, including the first Presidential Award for Studies in the Field of Obesity and Weight Control (Columbia University, USA), the 1991 Boston University School of Medicine Distinguished Alumna Award (USA), the 1998 Gopalan Oration Award at the Nutrition Institute in Hyderabad, India, the Geoffrey H. Bourne Lecture at Saint George’s University in Grenada, British West Indies, the Dr. Demetrios Flessas Lecture at the Hellenic American Medical Society of New York City, NY, the 2008 LSU Chancellor’s Award Lecture for her work on the Omega-3 Fatty acids, and the 2008 Aristeon Award from the Hellenic American Women’s Council for her book The Omega Diet. In 2008 she was 1 of 9 selected women in the U.S. recognized by the Education Update in their March issue “Women Shaping History.”

Dr. Simopoulos was the American College of Nutrition's 2018 recipient of the Humanitarian Award for her selfless work in the field of nutrition.